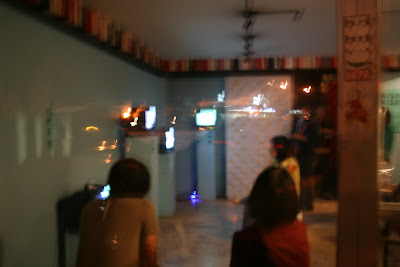 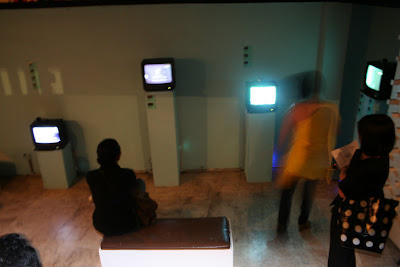 In the movie “Eternal Sunshine of the Spotless Mind”, Joel Barish (played by Jim Carrey) decides to erase the memory of his girlfriend, after he has discovered that she has done the same about her memory of himself. In the middle of the process of erasing his memory, he becomes half conscious and able to hear what was happening around him, although his body was unable to move. Realizing and regretting what he has done, he struggled to find and hold on to the beautiful memories he had of his girlfriend, creating in within his mind an interesting mix of the real and imagined.

Garish Barish is a collection of video art projects by artists based in Norway, which deals with subjects that are halfway between memory and insanity. It is about displacement, and a space between reality and imagination. Collected by Filipino artist Jet Pascua, the participants come from Norway, Denmark, Spain, Portugal and Palestine.

Jet Pascua is currently studying and living in Norway. His works deal with displacement, immigration, memory and identity. Garish Barish is closely connected with his own struggle to hold on to his memory of his past, as he attempts to embrace an unfamiliar present.
Posted by Visual Pond at 8:34 AM