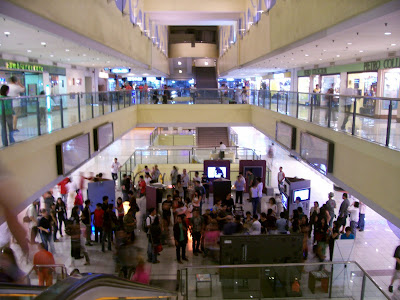 End Frame Video Art Project II: Daily Disclosures, a Philippine video art festival, took place on 12 – 16 October 2007 at The Fifth, 5F, Shangri-la Plaza, EDSA corner Shaw Blvd., Mandaluyong. Presented by Visual Pond, the National Commission for Culture and the Arts, Listening in Style, Shangri-la Plaza and Rodriguez de Alba Foundation for Creative Advocacy in partnership with Pablo, Festival do Minuto, The One Minutes and Metro Home magazine and with support by the Ateneo Art Gallery, the End Frame Video Art Project aims to call attention to and create discussion on video art done by Filipino artists and experimental filmmakers, both here and abroad. 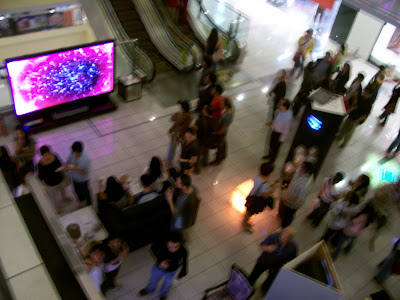 The theme of the second edition of the video art festival, Daily Disclosures, calls attention to art in the everyday, particularly the increasing relevance of video art in the face of the constant bombardment of heightened technology in people's daily activities. Adding an international dimension to the project was the collaboration with The One Minutes, an organization based in the Netherlands that collects one minute video artworks all over the world. As the Philippine partner, Visual Pond collected Philippine one minutes through End Frame to enter in The One Minutes Awards in November 2007. All one minutes entered in End Frame will also be eligible for a screening of Philippine one minutes for the Olympic One Minutes exhibit to take place in Beijing in 2008 right before the Summer Olympics. End Frame also partnered with Festival do Minuto in Brazil where the Philippine one minutes submissions for this year's festival will be exhibited in December.

As part of the festival's activities, talks were held at the Home Theater of Listening in Style. On 13 October 2007, Atty. Louie Calvario of Intellectual Property-Philippine 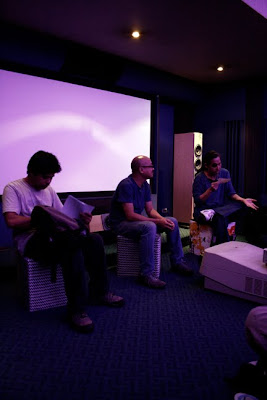